Judging a Book by Its Cover: The Mystery of Cover Design 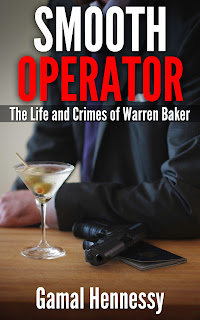 I was very ambivalent about getting a cover for my new book. I know the cover has nothing to do with the quality of the writing, but I also know that a bad cover is a one way ticket to a very bad first impression. I wanted a cover that I would be proud of when I saw it on my shelf, but I couldn't afford to pay a small fortune for professional graphic design (See How Much Does It Cost to Publish a Book Anyway?). In the end, I tried two methods of creating a cover, but only one of them created the look I wanted at a price I could handle.

The Basics
The popular wisdom floating around about e-book cover design involve three concepts:
I thought. 'OK, what's so hard about that?' Then I dove in head first.


Worth a Thousand Words
Smooth Operator is a novel of crime and espionage that includes a lot of drinking, violence and sexual themes. I wanted the cover image to suggest all those qualities as well as project an overall sense of cool. Based on these ideas, I set out to look for an image for my cover.

istockphoto.com is my site of choice for pictures. It has a lot of amazing royalty-free images on its site for $20 or less, and you don't have to pay anything extra to use the image until you sell 499,999 copies. (That's not a problem, because if I ever sell that many copies, I will be happy to pay for an exclusive license, right after I buy my new condo.) It took a few hours and a couple cocktails worth of searching, but in the end I came up with this image.

The gun hints at the violence. The martini covers the alcohol consumption. The suit and the passport represent cool. There isn't an overly sexual about the image and it's not as dark as I would like, but until a publisher can pay for his own photo shoot, they have to go with the next best option. Armed with the image in medium sized resolution, I poured another drink and tried to make my cover.

Leave It to the Professionals
My best attempt to make a cover turned out like this:

Can it be seen as a thumbnail? Sure. Does it convey the right tone? I think so. The image handles most of that. Does it catch the eye of the potential reader? Probably not. If anything it might scream self-published novel, which is a death blow for some buyers (See Are Self-Published Books Inherently Inferior?). I wasn't completely happy with it, and other authors I respect stressed the need for a professional looking cover (special thanks to Lance Charnes for finally pushing me over the edge) so I set out in search of an affordable alternative.

That's when I stumbled onto fiverr.com. It appears that the world of graphic design is going through economic competition that is just as bad, if not worse than independent publishing. That is a win for independent publishers because artists that once might have charged hundreds of dollars to design a cover are now doing gigs for $5 per cover. It's a little more for a paperback cover or quick delivery, but no cover is more than $30-$40.

I chose Angie, one of the top rated designers, submitted my payment (you have to pay first, but it's only $5) and my request along with the mock up I did. The cover at the top of this essay is what I got back:

Is this better?  That is a subjective question based on your aesthetics. Does it scream self-published? I don't think so. Considering what I paid for it, I think it is money well spent. Of course, I can't exactly articulate why the second cover is better, but then I'm not a graphic designer. I can say that I plan to use this artist for A Taste of Honey and the three other novels I have planned between now and 2016. At this point, I feel the cover design is the second most successful marketing project I've done so far.

So what process do you use to design your covers? Do you think this process makes sense for what you're trying to do? Let me know in the comments and as always. ..

Have fun.
Gamal
Posted by Unknown at 5:11 PM