Of Mice and Men: A Free Preview of Smooth Operator 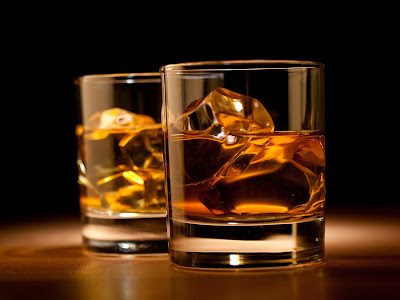 An Interview with Warren Baker
I met him at Norwood on a Tuesday night. I normally can’t get into a place like that on any night. It’s one of the few private clubs left in the city, and I’m not a member. I don’t have five thousand dollars to spend on a club membership, and even if I did, I don’t have the personal references to open up doors like that. Baker clearly had both of those resources. My name was on the list as his guest, so I went to the elevator quickly, before the frosty but polite hostess changed her mind about me and told the gigantic doorman to kick me out.
Norwood isn’t really the type of place you think of when someone says “club.” There is no disco ball or smoke machine. There is no massive sound system that will make your ears bleed if you stand too close. Norwood feels much more like the British clubs that the characters in an Oscar Wilde story were always flitting in and out of. When I got out of the elevator, I had to move around small clusters of European artists flirting with each other over wine. I roamed over ornate carpets that swallowed the conversations around me and passed under low chandeliers that cast more shadows than light, before I found him sitting alone.
He was nestled in a high-backed leather chair, cradling a neat glass of what looked like whiskey. He had both legs stuck out in front of him and crossed at the ankles. His dark wood cane rested at his elbow. He glanced out the window at the passing buses on Fourteenth Street as I approached. That’s when I knew he saw me come into the club. He probably saw me in the reflection of the glass as I entered the room. Warren Baker may have been relaxed, but he was still very much aware.
“You’re late,” he observed as I sat down in a chair opposite his.
“No, I’m not. You said meet you here at ten. Its nine fifty-five now. I’m early.”
“Early for the masses, late for a professional” Baker looked at me with a mischievous grin as he went for a sip of his drink. “You got here just in time to meet me, but you don’t know anything about this place or the surrounding area. You have no idea where the viable exits are, and if something goes sideways tonight, you will be very properly fucked.”
I shrugged. “True, but I’m not a professional spy. I’m a writer. All that tradecraft shit is your job, not mine.” A bright, cheery waitress with a practiced smile came to take my order, ignoring the empty chair opposite me.
Baker admired the girl’s shape as she sauntered away. “They say writers should write about what they know. How are you going to write about people like me if you don’t know anything about the way we think or how we live?”
“That’s why I’m here, isn’t it? You give me some insight into the shadows, and I’ll pay for the drinks. It seems like a pretty fair trade to me.”
Baker snorted as he knocked back the last of the whiskey. “I’m glad you think so. This stuff is seventy-five dollars a glass, and I’m going to need a few of them to tell a proper story.”
I felt my eyes roll in my head. “Then we better get started.” The waitress returned for a moment and then left me alone with my drink.
“Fine,” he said, sitting back in the leather chair as if he planned to be there for a while. “What do you want to know?”

Amazon Prime members are eligible to download the book for free from August 7th to August 11th.

Have fun.
Gamal Hennessy
Posted by Unknown at 9:21 PM