A Matter of Perspective: Managing Emotional Points of View 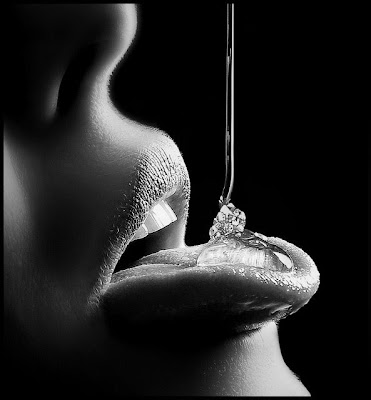 My recent essays about my writing method* have looked at the process from 30,000 feet, and dealt with broad construction of the narrative. I'd like to switch gears for a moment and talk about going waist deep into the writing of each beat in a chapter from the perspective of the characters in the story.

Sources of Technique
As always, my method is not original, but it is adapted to my temperament. The ideas I present here have mostly been molded from Rivet Your Readers with Deep Point of View, The Emotional Thesaurus: A Writer’s Guide to Character Expression, and of course, Story

In the Driver's Seat
I try to write in a manner that places the reader in the position of a character. Instead of acting as an omniscient narrator, I try to cut out the middleman to create a more visceral response.  The best way I've found so far to do this is to follow six steps while developing each chapter:

Example
I’m currently working on A Taste of Honey, which will be my second novel. In one of the early chapters, the protagonist, Nikki, sits in a cafe waiting for her lover Manuel. She is grappling with several problems at once. First, this isn't a random affair. She wants to seduce Manuel in order to spy on his business. Second, he was impotent the night before when they first made love. Third, Manuel’s wife saw their infidelity. Finally, the wife didn't lash out at them. In fact, she didn't try to stop the sexual liaison at all. She simply watched. Based on this turn of events, Nikki juggles confusion, embarrassment, sexual frustration, lust, doubt and anxiety all at the same time.

The impact of all those emotions come into play when the wife, and not Manuel, sits down at the table for lunch. How is Nikki’s shock affected by her current state of mind? What does she feel? What shows on her face or in her body language? Can she control herself in that moment? What signals does she get from the woman across the table and how is her perception tainted by her own emotional state? How will all of this impact her reaction? Most importantly, what happens next?

The Balancing Act
The art of writing involves creating a narrative that a reader can follow intellectually and connect with emotionally. There are dozens of physical responses to each emotion.  There are infinite ways for a person to interpret or misinterpret what other people say or do. The trick is to discard everything that doesn't help tell a good story and keep everything that will let the reader feel themselves in your character’s lives. Put in too much and you get a hot mess. Include too little and you get a wooden cliché. Art sits on the razor's edge.

When Characters Write Story
As I write each chapter, Nikki dictates more and more of what happens. What she sees and what she believes impacts what she does, which in turn creates a reaction in the world that she has to deal with. And it's not only what's going on outside. In her own head and heart there is a natural struggle between what she thinks and what she feels, between what she tries to do and what she does. Writing through the filter of her emotional point of view not only puts the readers in her shoes, it gives me the ability to see the world through her eyes too. I find that this kind of writing is much more honest and natural than trying to write from the outside looking in.

What do you think? Does any of this make sense? Let me know your perspective.