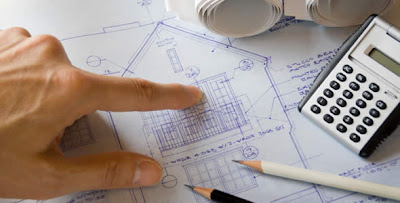 One of the most interesting things to come out of the discussions that I've had about writing techniques (See Plot vs. Pants: Which Road Did You Choose?) is the realization that most writers I'm connected to online do not plot their stories. I'm in the middle of plotting my 2014 novel, so I decided to share my own creative process in a series of essays, partially so you can see how the other half writes and partially to reinforce this aspect of the craft in my own head.

Note: I modeled my process on Robert McKee's screenwriting bible Story, tweaking it for my particular disposition.

Building Blocks
In the beginning, there is no plot. There is only a jumbled series of thoughts and inspiration swirling around in my head like a room full of discarded toys. Once I decide it is time to write, I lay out the broad concepts that I plan to work with:

Genre: The broad creative conventions (or combination of conventions) that will shape the story (See the Secret Struggle for the Magic It). Genre in this sense is less about market positioning and more about the elements of story design. Your choice of genre(s) will influence many other story elements. Even if you decide to break convention to take the genre in a new direction, you need to understand what conventions you are breaking.

Premise: This is Stanislavski’s "magic if" that poses the underlying question of a story. For example, the premise of Blade Runner could be described as 'What if a burned out cop was forced to hunt down a group of rouge androids?'

Conceiving the Protagonist(s): deciding who is going to be the central character of the story including characterizations, true nature and empathetic qualities that will connect them to the reader (See Creating Complex Characters)

Unconscious Desire of the Protagonist: defining the more powerful unstated, goal that is in direct opposition to the stated goal.

Object of Desire: the person, item or situation that will satisfy the Protagonist's conscious (or unconscious) desire. For example in almost all spy stories, obtaining the "magic it" is the main object of desire. (See the Secret Struggle for the Magic It)

Levels of Conflict: Deciding on what level the Protagonist will face resistance in attaining the Object of Desire. Conflict can come from one of three levels; internal (physical, mental or emotional), interpersonal (other people) and extra personal. The more complex the story, the more varied the levels of conflict. For example, if an Israeli boy wanted to marry a Palestinian girl, he might have to overcome his own shyness, her other suitors and the society around them that rejects such a union.

Forces of Antagonism: The quality of forces opposing the Protagonist. The stronger the forces against the Protagonist, the more she has to struggle and the stronger the story becomes. The Protagonist represents the positive value of the story. The forces against her could be contrary, negative, and in the most powerful stories doubly negative. For example, in Star Wars, Luke represents Good and is the positive quality. Han and the other mercenaries are selfish, but not evil. They are contrary to Luke, but could be with him or against him. Vader represents Evil. He is literally the dark side to Luke. But the double negative is not Luke vs. Vader. It is the internal conflict of Luke vs. Luke turning to the Dark Side himself. It is the lure of embracing evil rather than fighting it that elevates Star Wars above almost all other science fiction franchises.

Risk: what the protagonist might lose if they do not attain the object of desire. This could be very personal (loss of identity) to a loss affecting an entire planet (worldwide destruction), anything in between or a combination of several risks. A smaller risk doesn't mean a more trivial or uninteresting risk. It simply changes the focus of magnification of the story being told.

The Arguments Against Plot
There are many writers who reject plotting for philosophical reasons.


All of this may be true for writers who simply plug the same elements into every story, changing only the names and the locations to complete as many books as possible.

But planning and creativity are not mutually exclusive. I don't want to go to a movie where the director just put everyone in front of the camera and said 'do something cool'. I don't want to see a play where no one knows their lines or even what the story is about and I don't want to write a story if I don't know what the story is about, who is driving it, what they want, why they want it and what they are up against. The beauty of plot is that it creates enough order and structure to allow the freedom of artistic creativity to flow without running around without direction.

But these building blocks are not a plot. This is only the beginning. My next post will discuss the framework of the story, using the elements I wrote about here as a creative blueprint.

Please let me know your thoughts and impressions of this concept, especially if you don't plot in your own work.

Have fun.
Gamal
Posted by Unknown at 5:27 PM