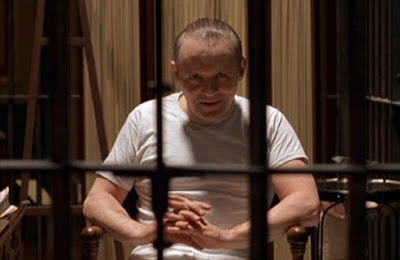 Question: What do Hannibal Lecter (Silence of the Lambs), Ellen Ripley (Aliens) and Rick Blaine (Casablanca) have in common?

Answer: Each of these heroes gained enduring popularity based on the complexity of their character.

All great fictional characters from Hamlet to Harry Potter hold our interest because their characterizations contradict their true natures. As a writer and student of the craft, I want to look at this contradiction in depth.

Characterization vs. True Nature
In his screenwriting guide Story, Robert McKee defines characterization as “the sum total of all knowable qualities about a character.” This means the physical, intellectual, social, financial and spiritual traits that a writer can describe about the individuals they create. True character (or as I like to call it, true nature) is a product of the character’s interaction with your plot, because the choices they make under pressure reveal their fundamental personality. As McKee states, “what they choose is who they are”.

In the most complex and interesting characters, the true nature is in direct contradiction to the characterizations. For example:


Fallen Heroes
Many weak characters fail to capture our imaginations because they have little depth; their characterizations and their true character are essentially the same. This is especially true in adventure and spy novels. At the beginning of the story, the protagonist projects the image of a bad ass. The plot progresses and the protagonist goes through the motions of proving he’s a bad ass. The story ends. There is no revelation. There is no depth of character for us to enjoy. The hero is a clichéd caricature of every Tom Cruise or Steven Segal action hero; flat and interchangeable.

Lessons Learned
Both novels I plan to release this year strive to have revelations of true nature vs. characterizations for both the protagonist and the antagonist. As the events of the story place the characters desires into conflict, the development of the plot will not only resolve the story but provide insight into who these people really are. In some ways, I hope that reading about my characters will illuminate something about the reader as well as the writer. That is the goal of any artist.

So who are your favorite characters?

How does their complexity play into your desire to read about them?

For the writers out there, how do you create complex characters in your own writing?