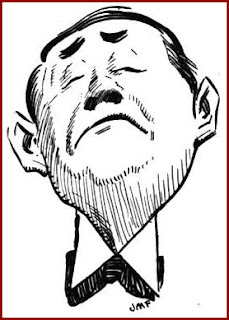 I have come across a fairly persistent bias in my brief cybernetic wandering through the self-publishing world. There seems to be an idea that a self-published book can’t be as good as a similar book coming from an established publishing house. As a self-publisher, my first instinct is to reject this idea as propaganda from a desperate publishing industry and feigned elitism from those writers who can’t let go of the old 20th century model. But the more I think about it, the more I think that they might be right, for now.

What Does “Inferior” Mean?
Keep in mind, when I talk about the difference between an inferior and a superior book, I am not talking about the quality of the story. I have read quite a few books from prominent authors and released by prestigious publishing houses that were simply horrible when it came to the actual story. We have all read plenty of mainstream books with two dimensional characters, plots riddled with clichés and created as pure money grabs. There are also brilliant writers who are crafting beautiful stories and releasing the books independently. The quality of the story is not determined by who does or doesn’t publish it.

I’m also not sure that sales can be a definite indicator of a book’s superiority. It is a highly touted concept that most self-published books don’t recoup their costs. I think that is true, but I think it is also true that most books that come out of traditional publishing don’t make back the money spent on them. So if the majority of books on both sides fail financially, the potential profit of a book might not have any connection to how it got published.

The Publisher’s Advantage
I have dipped my toes in e-book publishing for six months now. At this point, I can see that there are clear advantages that a publisher brings to the table. The secret is expertise and division of labor. Here are some likely facts about a book that has been released by a publishing house:


Self-published books can be released without any of these factors coming into play. With today’s technology and distribution channels, a passionate and inspired writer (or anyone for that matter) can release a book without doing anything to create a polished product. We can to everything ourselves, even if we shouldn’t. The result is hundreds of thousands of books that don’t look or read as well as a traditionally published book. That is where the bias comes from. The ability that we have to circumvent the old system has robbed us of the benefits of that system.

Change My Title to Change the Game
I have no interest in going the traditional publishing route because I believe artistic freedom and innovation are greater in self-publishing. But I do think there is something to learn and even steal from the old guard. I haven’t given up on being independent. I have given up on being just a writer. I have expanded my focus from the story to the book.

A writer has a limited set of concerns and skills. We deal in plot, character, subtext and all the literary building blocks of our craft. But the story is only the first step in the book. It has to be refined, polished and packaged for consumption. It has to go through the same process as it would in a traditional publishing scenario. The only difference now is that I have to be more than the writer. I have to be the publisher.

Remembering the Goal
I don’t read books based on whether they are self-published or not. I pick them up when they catch my attention and make me curious. I read them because they hold my interest. I remember them because they made me think and feel something. That is what I want to create for you in the end. I want to create the stories that will stick with you. If I do my job as a publisher properly, you’ll appreciate my effort as a writer much more. You won’t be able to tell the difference between my books and the ones coming out of Random House. Then you can focus on the story, which is all that really matters in the end.