Beta Testing: On Using and Being a Beta Reader 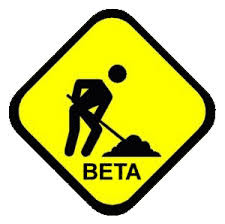 A few months back, I suggested that independent publishers could improve the quality of their books by using a quality control process that was similar to systems used by the major publishing houses. Now that my company is preparing to release its first full length book, I decided to take my own advice and recruit a team to help me. This is the story of my first use of beta readers and what I learned from them.

Beta readers have always been common in publishing for both new and established authors. Stephen King uses them, Anais Nin used them. Shakespeare probably had a few beta readers testing his stuff out. I see it as part taste test, part marketing focus group and part reality check. While every publisher does it differently, I decided my beta test would combine different types of people. I thought that would give me the most honest assessment of the manuscript.

The Test Group for Smooth Operator


I gave everyone about a month to read the book (about 75,000 words) and asked five focused questions about their opinions. I gave them the option to write more, but I felt the questions would be a good guide for feedback. None of the beta readers were paid.


Finally, one beta reader went so far as to take me out for drinks so we could discuss his thoughts and feelings on Smooth Operator in depth. This is the best kind of beta reader. A writer loves nothing more than to spend hours discussing his work over whiskey.

I learned three things from my beta test.

I mentioned earlier that some of my beta readers are also writers. One of them is also working on a novel now and asked me for a reciprocal beta read of her book. I never beta read before, but it felt inappropriate to turn her down after she just agreed to do me the same favor.

I decided the best way to help my fellow author was to deconstruct her novel and analyze the elements in the same way a critic reviews a book or movie. I analyzed the structural elements of the plot, the characterization of the main characters and the relationship between character and plot. I even looked at the composition of chapters and the relationships among the characters and how that impacted the plot. For each comment I made, I gave her an example or a reference book that might help improve the narrative. I wasn't able to get through the whole novel with this method, but she seemed very happy with the three pages of notes I delivered on the book, so I think I did OK.

I have come to the conclusion that beta testing is an important element of the publishing process. Not only can it improve your book, it can improve your connection with your writing community and can even lead to a good night of drinking. Quality control doesn't get much better than that.