On Champions, Tastemakers and True Fans (The Options of Modern Marketing) 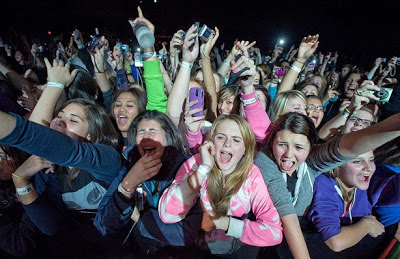 “The way I see it, in this multi-channel, micro market, infinite sub culture world that we live in, everybody is fighting for a chance to tell their story, no matter how stupid that story might be.”
Gamal Hennessy: Afraid of the Dark

Last week I wrote a piece on the quality of indie books vs. traditionally published books. Much of the feedback that I got about that post focused on marketing more than editing or cover design. More than a few readers held the opinion that a poorly produced book with strong marketing will be much more successful than a book that is well produced with no marketing behind it.

While I might agree with this concept, it’s not directly applicable to my situation (or to the situation of most independent publishers). I don’t have the time or the resources to launch a major ad campaign and book tour, so what are the alternatives? At this point, I’ve identified three viable options: true fans, tastemakers and champions.

Tastemakers are the people we rely on to connect us to new information. When we’re talking about books, we are talking about those people who we trust to tell us what we should be reading because they know books and because they know what we like. Malcolm Gladwell refers to this group as Mavens in his book the Tipping Point. Traditionally, influential book critics and best seller lists were the main arbiters of taste. Now, there are more tastemaker opportunities created by social media and niche markets. Anyone from a book club organizer to a blogger to a group moderator on Good Reads can be a tastemaker and they can have a wider reach than a true fan, even if their passion for any particular author might not run as deep.

Champions are highly influential individuals who make it their mission to get exposure for your book. It could be the literary agent who believes you are the next J.K. Rowling. It could be the small book store owner who pushes your book to everyone who walks through her door. Oprah is probably the ultimate example of a book champion. When she puts her sticker on your book, a million people will buy it without having any idea what it’s about. Champions often have a financial stake in your success, but that investment is often powerful motivation for them to help you.

I know that these concepts are amorphous and interrelated. I understand that defining a true fan, getting the attention of a tastemaker or finding a champion is about as easy as finding a veggie burger in a steakhouse. But I don’t think the process of reaching these people is mysterious. It boils down to perfecting my craft as a writer, producing the best product possible, engaging with my potential audience on a personal level and having more than a little luck. The tools are out there. It is up to me as an independent publisher to make the most of them.

What do you think? Are these options really viable or am I missing something? Is there another alternative that I’ve overlooked? I don’t pretend to have all the answers. If you have the keys to success, please share them. I am more than willing to steal (or at least borrow) them from you.