Sex as a Window to the Soul: Using Sexual Expression to Reveal True Nature 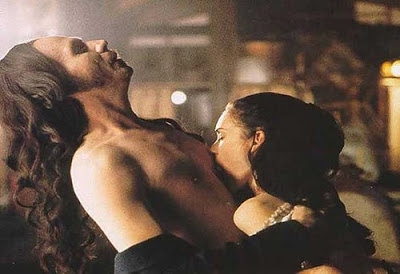 “Sexual energy can have many transformations: at the lowest it is biological; at the highest it is spiritual. It has to be understood that all creative people are highly sexual." Osho

There are many ways a writer can show the true nature of their characters. By placing them in conflict with their world at various levels and forcing them to make choices, the fundamental essence of the character is revealed. In thrillers, lives are at stake. In mysteries, justice often hangs in the balance. Every genre of fiction has its conflict conventions, but sexual expression is an unused goldmine for the revelation of character, especially in spy fiction.

Sex for Characterization
Last month, I discussed the difference between characterizations and true nature in fiction writing. In short, characterizations are the definable qualities of a person and their true nature is the choices they make under pressure. As a vehicle of characterization, sex is used all the time. The male hero falls for the femme fatale. Now we know some characteristics of both of them. The man is heterosexual and sexually active. The woman is on some level attractive. This basic idea can be expanded indefinitely. The unquenchable sexual appetite of James Bond, for instance, is as much a part of his character as his nationality. But even this high profile sexual expression doesn’t speak to the true nature of the character.

Sex for True Nature
If sexual expression is going to be used to reveal true nature, then the sexual choices that a character makes need to be explored. There are a variety of questions that can be asked to further this goal: 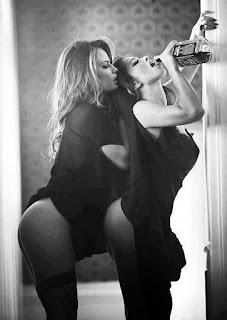 When you look at sexual expression from this perspective, the true nature of James Bond (at least the movie portrayals of him) is never revealed. We know he has a lot of sex. We know he is very eclectic in his sexual tastes, but beyond that, Mr. Bond is a mystery even after six decades of films.

So What?
Can we know a protagonist’s true nature without watching her in bed? Of course we can. Millions of fine books have been written over the years without it. So why should anyone want to put it in now? The answer boils down to creativity. In a time where everything has already been done and a fresh new idea is as rare as a winning lotto ticket, using sexual expression to gain insight into character and move the narrative is the road less traveled and could be the ripest avenue for exploration in modern fiction.

Sex in My Novel
I’m currently writing a novel called a Taste of Honey. It this story, sexual expression exposes both the characterizations and the true nature of all the main players. Instead of writing yet another novel about assassinations, bombings and hand to hand combat, I’m crafting a spy story that is more subtle in its execution. The stakes are still very high and the tension isn’t reduced because there are less bullets flying. I just decided to write a different type of spy novel. Hopefully the world will be ready to enjoy it.

Repression, Rejection and Titillation
There is a reason why more writers do not use sexual expression as a vehicle to reveal true nature. The stigma attached to sexual expression in America has a chilling effect that marginalizes sex to the fringes of pornography. There are few ‘legitimate’ writers who are in a position to take this bold step under their own name. Anais Nin and Henry Miller did it in their prose. Anne Rice did it with Sleeping Beauty and Barry Eisler has taken steps in that direction with his spy fiction. I’m going to follow them because these are the stories I want to tell and I don’t have anything to lose.

Sex for the sake of defining character is fine. Sex for pure titillation is great too. But I’d like to go in a different direction and see where it takes me. It might not make me rich, but it will definitely be interesting.