Fact vs. Fiction: Which Is More Real? 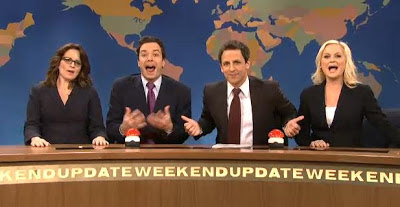 As a writer of crime and spy novels, I often think about the impact of deception in our lives. Recent events offer a lot of material to consider:


All this leads to the central philosophical question; what is real? How do I know that the French really invaded Mali, or why? How do I know how many troops we have in Afghanistan or how many guns are actually in America? Does anyone really know? Can they prove it?

The lack of knowable facts isn’t limited to what we learn from traditional and social media. There are plenty of instances in your own everyday life that are more appearance than fact. For example, let’s say I go to a bar and start a conversation with an attractive woman. At some point, she mentions that she has a boyfriend. A gentleman even comes up and is introduced as said boyfriend.

Now, under normal circumstances this seems perfectly reasonable, but in espionage language, what I just found out is referred to as single source information. That means that during this brief exchange, I have very little independent confirmation on the reality of this woman’s relationship status. It might sound farfetched to think this is anything other than what it seems, but a deception like this isn’t just the province of spies and criminals. My female friends have pretended that I was their boyfriend, boss, cousin or other short term role with very little preparation on my part or scrutiny on the part of our audience. Appearances often carry much more weight than reality, online and off.

Fiction, as opposed to news, is also by definition not real. But it has two qualities that often make it more honest. First, while fiction attempts to be realistic to one degree or another, it does not pretend to depict objective reality in a way that manipulates us with a false sense of singular importance. Second, if it is done well, fiction captures real emotion. It helps bring meaning to our lives and connects us to our shared humanity. It is often the power of fiction that exposes the human condition in ways that are stronger than whatever we are told is real.

I have come to the obvious conclusion that while facts are more real than fiction, verifying facts isn’t possible in most cases. The willing suspension of disbelief that we need to enjoy fiction needs to be balanced with the unwilling suspension of belief when we encounter news or alleged fact.  In this life, what we ultimately believe about our world and ourselves is just as likely to come from fiction as from fact. As a writer and storyteller, I plan to keep this power in mind as I pursue my craft.