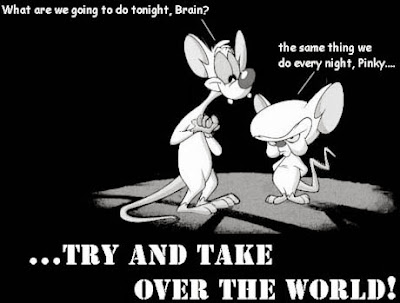 The end of the year is a good time to look back on the progress you've made in your craft as a writer. It's also a good time to set goals for the New Year. For those of us who are predisposed to planning, the end of the year is the best time to set up a publishing plan. I'm going to try and show why this kind of plan is useful, what it is, how you can create one and what its limitations are.

Why Have a Publishing Plan?
The main benefit to a publishing plan is that it can help you manage your two most important resources; time and money. Few of us have unlimited hours to develop our craft (See Do You Really Need to Quit Your Day Job?) and while independent publishing is affordable, it's not cheap (See So How Much Does it Cost to Self-Publish?). Creating a plan can help you allocate enough time to reach your publishing goals in terms of output (See Why Do We Word Count?) and ensure that your costs for publishing don't interfere with any non-publishing expenses you'll have to deal with in your life.

What is a Publishing Plan?
The publishing plan is basically a projection of all your creative and writing business projects for a given period. It could be based on any goal you decide to set, and it can be broken down into any time period you like.

For example, my publishing plan for 2014 is to release two books that I wrote in 2013 and write two books that I'll release in 2015. Some people can break it down into quarterly, monthly or even weekly goals, but I prefer to work on an annual basis and have the goals from one year linked to the previous and subsequent years to maintain a steady output.

How Do You Create a Publishing Plan?
Creating a publishing plan is a three step process:


Examples of a Publishing Plan
As I stated earlier, my goal for 2014 is to release two books that are already written (A Taste of Honey and Dark End of the Street) and write two more (A Touch of Honey and Smoke and Shadow). Based on that goal, my monthly plan gets broken down into a creative goal and a business goal and looks something like this:


It helps to keep a few things in mind when looking at this plan. First, I’m planning to release A Taste of Honey in Four stages to test a marketing theory I discussed a few weeks ago (See The Case for Episodic Novels). Second, I give myself six months to write a book based on the fact that the plots are already done (See Building a Better Novel). I also build in two months to play catch up just in case life gets in the way. If everything goes according to plan (and it never does), I can use those two "extra" months to get a head start on the publishing projects for 2015.

What Can't a Publishing Plan Do?
For all the possible benefits of a publishing plan, there are some things it isn't good for:


So what are your publishing plans for 2014? Please let me know in the comments.

Have fun.
Gamal
Posted by Unknown at 8:56 PM