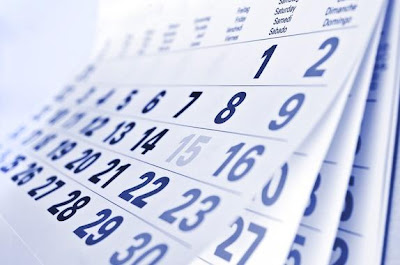 "Life's not a track meet. It's a marathon." Ice Cube

Recently I wrote a piece about marketing my first novel (See Marketing the Independent Novel). Many of the comments on that article fell into three camps; some thanked me for sharing my experience, others pointed out the vague and confusing path to marketing success and many encouraged me to just keep writing. I appreciated all the feedback, but it's the last concept that was the most important to me, because it reinforces a basic concept in independent publishing; success often comes from building your bibliography and your craft, rather than from a single bestseller

The Road to Mastery

Supporters of independent publishing stress the benefits of releasing several titles over time:


These specific ideas about long-term, constant improvement go beyond publishing to almost every human occupation or skills set.

One of the problems with the multiple book/ mastery concept is measurement. Just how many books does one need to write? How do you count 10,000 hours of "publishing practice"? The answer is subjective, but I try to look at it by dividing the hours into books.

The basic question is 'How many hours does it take to imagine, plot, write, edit, format, market and release a novel including the website and social media content'? I haven't timed it, but 1,000 hours is about 42 full days. I wouldn't be surprised if publishing a book from first inspiration to marketing online took at least 2,000 hours. At that rate, you could reach 10,000 hours in five or six books. Because my calculations are broad generalizations and because I normally take twice as long to get anything done, I'm thinking that after my tenth book my writing and my publishing skills will be strong enough for me to be an overnight success.

The point is, whether you look at the phenomenon from the number of books or the time it takes to become a great publisher (and not just a great writer) there is very little support for the idea that you can release one book and achieve all of your creative and financial goals.

One difference between independent publishing and the traditional route is the public nature of your growth. If you spend years submitting work to agents and then more time struggling to secure a publisher, improving your craft all the while in relative obscurity, when you succeed it might appear as if you burst on the scene and took the world by storm. That might have even been the story that is used to market the book. But that's not how it happens for most people. Writers like Stephen King, J.K. Rowling and Anne Rice could have easily spent their 10,000 hours under the radar, but their success involved just as much work as it will take for you and me. We just didn't get to see it.

Of course, I'm not suggesting that everyone who releases ten books and spends 10,000 hours becoming an independent publisher will have success. There are a lot of writers with more skill than me who have put in their time and not seen the results they wanted. All I'm suggesting is that success after several releases is more viable and realistic than striking gold with your first book. It is also more fun and less stressful. Why fret over the sale of one book when you can take the long view of your publishing empire?

Have fun.
Gamal
Posted by Unknown at 8:05 PM