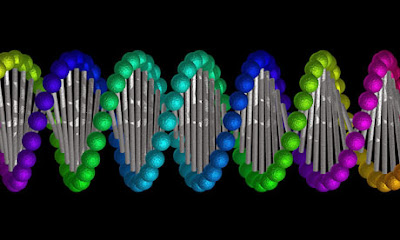 Exploring the building blocks of story is a helpful exercise in the development of any novel. Writers who plot can use this technique to help map a story’s progression (See Building a Better Story Part 3: Plot Construction). Discovery Writers can use it during their rewrite phase to understand how the story developed. They can also use it to modify elements that might inhibit the flow of the narrative. (See Plot vs Pants: Which Road Do You Choose?) This essay will look at the second level of story structure, the chapter. I plan to discuss beats, sequences, acts and sequels in later posts.

Disclaimer: The foundation of this method comes from the screenwriting book, Story.  I've modified it slightly for my own personal use.

The Story within a Story

In an ideal scenario a chapter is a miniature version of a story. It has all the structural components of a full novel in a compact form (See Building a Better Novel Part 2: The Narrative Framework). The goal of these ”mini stories” two fold; we want to move the story forward and reveal aspects of the characters. These goals are achieved when each chapter alters the condition of the characters on some level. The change can be minor or major. The change can be positive, negative or a bit of both. The change can be internal, interpersonal or extra personal. But in almost all cases, we need to create some change that drives the overall narrative and shows us who the characters are (See Creating Characters We Want to Know)

Felt but Not Seen

When the structure of a story works well it is similar to the structure of a building. People can enjoy the effects without thinking about or even noticing the details. For example, I work in an office building every day. The only time I notice the structure of the building itself is when something doesn't work. The same concept applies in your story. If a casual reader is picking out each element in your narrative, then they are not fully engaged in the story. Of course, a fellow writer might look at your story structure in the same way a building engineer instinctively looks at the working of a building. The casual reader shouldn't notice those things.

The Elements of a Chapter

I identify five fundamental structural elements in any chapter in a story.

The chapter structure does not require anything long, elaborate or convoluted. Consider this:

Jacob stormed up to the trailer with his Louisville slugger clutched tight in his gnarled fist. Lucky wanted to put his dirty paws on Ella? Let's see him try that with broken fingers. Jacob banged the handle of the bat on the flimsy door. It felt good to do that. If Lucky didn't open it and open it fast, it would only take a couple of swings to knock it down. Jacob had a mind to tear down the whole damn trailer.

Jacob never fired a shotgun before, but he knew the sound it made before it went off. His aunt Tee said it was a sound God created to drive off the spineless. Jacob wasn't spineless. He wasn't stupid either. The click clak of the shotgun on the other side of Lucky's door sent him diving for the mud. Splinters rained down on him. All the sound got sucked out of his ears. Jacob swallowed hard to keep his heart and his lunch from shooting up into his throat and choking him to death. Then he moved his ass.

Jacob scrambled away from the trailer on his hands and knees. He forgot about the Louisville slugger. He wasn't gonna get Ella back from Lucky with that.

My hope is that you can not only see the basic elements in that passage, but that you were also entertained enough to ignore the structure while you were reading.

If the goal of a chapter is moving the story forward and revealing character through conflict then there are two ways that a chapter can fail on a structural level. The first problem is referred to as exposition. This occurs if a recitation of facts is placed in a narrative for any reason other than the progress of conflict in the story. For example, in the recent series of Batman films, Bruce Wayne inherits a multi-billion dollar enterprise that seemingly built, controls and pays for most of Gotham City. No attempt is ever made to explain where this money comes from or even how much money he has. This wasn't left out because it's a "comic book movie". It's left out because it has nothing to do with telling the story. It is exposition that needs to be left out.

The second problem is the related issue of a non-event. This occurs when the condition of the characters in the end of the chapter is the same as it was in the beginning. These are the mundane events that provide no insight into the character and don't move the story along either. This is why as writers we leave out every shower, meal and bathroom break that doesn't directly impact the story. Sitting down to eat a ham sandwich often doesn't have a turning point, unless the meal is transcendent.

Stealing this for Your Own Purposes

If you want to look at the structure of your chapters, all you have to do is answer the following questions of each chapter in isolation:


Do you think this kind of analysis is helpful for your fiction? Do you already do something like this, or do you have your own method? Please leave a comment and let me know.

Have fun.
Gamal
Posted by Unknown at 8:10 PM