Just How Long is a "Novel" and How Much Should it Cost? 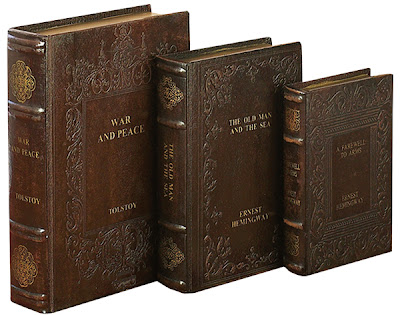 My article last week talked about word count as a tool of measuring progress before a story is released (see Why Word Count?).  I got quite a bit of feedback on that subject, but many of the responses focused on the relationship of word count to the price of a book after it is released. This raises an interesting question; what is the relationship between a story’s length and its cost? I have my own ideas on the subject, but as always, I'm interested in what you think as well.

The Length of a Story

The rise of independent publishing and e-books has given writers the ability to release work of any size no matter how large or small. By separating the story from a dead tree we can publish anything from a haiku to War and Peace. This has resulted in ambiguity about what is and isn't a “novel”. There are several definitions of story size, but my company works with the general idea that:

There may be other narrative forms smaller or larger than these three, but I write in this range so that's what I'll discuss. The rest of this essay will have the same logic even if you consider it for works outside these three sizes.

The Price of a Story

Prior to e-book publishing, there wasn't a big market for individual retail sales of smaller works. The price per copy of a short story wasn't an issue because most of them weren't available for sale on their own. Now short stories and novella sales are common place. But how much should they cost?

I've heard from several authors and readers who reject the idea that one author's short story could cost the same as another author's novel. I've heard some author's advocate higher prices across the board to increase the perception of self-published work in general. I've experimented with different price points since 2012, but I plan to adopt the following price model as of February 2014:

The release of my next novel A Taste of Honey will have a direct relationship to the price. The novel will initially be sold in parts as three e-book novellas (See One Novel, Four Books). The first novella will be free to increase interest and, the other two will be released at $2.99 each. The full novel will be available for $4.99 with a bonus short story. With this kind of release pattern readers can try the novel for free, buy the episodic versions if they want to read the story early or they can wait and save $1. I get multiple releases and potentially multiple revenue streams. Everybody wins.

The Connection between Length and Cost ?

The one troubling idea I've encountered in this discussion is that the longer work should cost more by default.  I understand that a reader might not want to pay $4.99 for a 5,000 words story, but length has little connection to quality. O'Henry, Nin and Poe produced literary classics that were less than 10,000 words. I wrote a 120,000 word abomination that shouldn't even be released. The idea of charging $5.99 for it is sinful. Readers want good stories (See Great Expectations) not necessarily long stories.

But charging based on objective quality is impossible. If the writer is also the publisher who sets the price, their inherent bias, positive or negative, will unduly alter the price. I don't think any author throws out a book that they believe is bad, but every book that comes out isn't good. Even "good" books aren't agreed upon by everyone. Quality itself is a subjective concept in reading, so it can't be used by itself to set price.

I've said before the right price of a book is the price that readers are willing to pay (See Selling Books Like a Drug Dealer). What do you think? Do books of a certain size need to have a specific price for you to buy them? Does the popularity of the writer or the genre play a role? Leave a comment and let me know.

Sign Up Now for the Independent Publisher Newsletter!
Posted by Unknown at 8:24 PM