What the Critics Are Saying About Smooth Operator 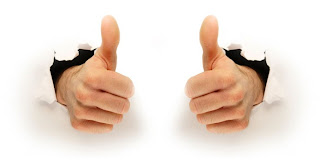 I am pleased to report that the critical and public response to my first novel has been very positive so far.


This was an ARC given to me by the author in exchange for an honest review.

Smooth Operator is a treasury of seven artfully written short stories, masterfully connected by a common thread: Warren Baker. The result is a thrilling, exotic novel packed with intrigue, action, deceit, sensuality and, in the words of the enigmatic Warren Baker - "relationships based on mutual exploitation."

Smooth Operator's first story (Of Mice and Men) is an interview, an introduction of sorts. The narrator in this first segment, a writer, is hoping to produce the next bestseller, and Warren Baker is his target for information, his muse of a fashion. As the conversation continues, Warren Baker begins the game, as he describes his methodology for acquiring his assets and operatives. Money, Ideology, Coercion, and Excitement (MICE)...Warren Baker's rules of engagement, so to speak. Find their motivator; dangle it in their face and the rest takes care of itself.

The next story (Asset Management), took me into the corporate offices of RSVP, a private intelligence firm. As Warren Baker takes his new boss, Rose Mendoza, who is just itching to fire him, along for the interviews that might result in the successful acquisition of a much sought after operative, I was plunged into the story of Ria Marlen; tormented, angry and ready to inflict her own variety of punishment on sexual predators. This dark, twisted story is exciting, quick, engaging and had a climactic ending that left me with a smile on my face and an `I sure didn't see that coming' as I closed out this second installment.

The third story (Family Affair) begins with a gang initiation that goes all wrong and ends with Harrison Trent, a freelance consultant with a unique skill set, ripping up New York's Lower East Side. A Family Affair is about manipulation, seduction, and exploitation, but it was also painfully gut wrenching, as I was swept along with Trent as he deals with his personal demons. The subject matter deals with gangs, misguided loyalty, what it means to be a family (blood or not) and the pain family can inflict (intentionally or not). The plot is fast but smooth; the characters are realistic, tough, resilient, and heartbreakingly lonely. The action is fantastic and the sex, highly erotic! And, for the second time, the ending is a head-shaking revelation that made me chuckle at the same time as I once again muttered to myself, "didn't see that coming...totally didn't see that coming". The writer effortlessly moves from one scene to the next, connecting the dots along the way, helping us learn as Trent and Baker learn. The planning of the insertion, execution and extraction were so believable, so captivating, I wouldn't be surprised if the author had personal experiences to draw from or, perhaps, has a military background. Harrison Trent is by far my favorite and Family Affair is my choice for best in show.

The fourth installment (Broken Glass) has a few interesting elements and plot twists: a corporate executive is passed over for a job, the slimy new boss is looking for his next piece of tail, a drunk woman is headed for serious trouble, and a man, driven by hatred and desire gets swept into the fallout by making the mistake of thinking that the events and people were mutually exclusive. At the end, just when you think it's the end, along comes another twist that was very well written. The underlying theme; it doesn't matter who gets screwed over, just as long as you get what you want.

As the rollercoaster comes out of the fourth loop-de-loop (Dead on Arrival) introduces us to Hamilton Chu; a resourceful, capable operative. Motivator: money. Unique Skill: "Executes" his missions with exact precision. A quick grab and deliver, that was all it was supposed to be and Chu would have some nice pocket change to spend on his boyfriend. He retrieves his target, delivers him, but in a twist of circumstances, the delivery isn't what anyone expected, especially Chu. He finds himself in the wrong place at the wrong. To delve further into this shorter of the group of stories would ruin it, but trust me when I say that Chu will impress you. The fight scenes were skillfully written and Warren Baker comes to his rescue, performs his magic and keeps his operative safe.

As a sidebar, at this point in the novel, I have to admit that I'm somewhat confused by my feelings towards the character of Warren Baker, as he tells his stories. I find my attraction for him reaching a level of tension that is pulling me in all directions. If he were real, he would be the type of man that an intelligent woman knows to stay away from and yet is unquestionably drawn to.

So, with that being said and my head spinning with all the intrigue and mystery I tried to catch my breath and slow my heartbeats to dull roar before plunging headlong into Ria Marlen's twisted world (Date with a Devil) only this time Warren Baker is meeting her face to face. This story was tense, contained close quarter's combat (of a fashion), a cat and mouse kind of introduction for the characters and a sensuality that had my heart thumping in my chest, again, and my imagination working overtime. Warren Baker is definitely a man that an intelligent woman should keep her distance from...*sigh*....anyhoo.

The seventh story (A Taste of Honey) is about Chris and Nikki. He's an operator and she's an asset. Theirs is a quirky relationship to say the least and Nikki's emotions may be blocking her common sense. Will she allow him to continue to exploit her, then make love to her and exploit her some more? This story and the novel, ends with one hell of a cliff-hanger that left me blinking at the screen wanting more.

In closing, Smooth Operator is an exploration of the lives of the operatives; present, future and questionable, of RSVP through the eyes of Warren Baker. The writing is superb, the plots and characters credible, the action and thrill intense and the sex and sensuality highly erotic without being pornographic. As I wrote my review, checked the stories to make sure my facts were straight, I found that each one sucked me back in for a pleasurable, second read. If a book is written in such a fashion that the stories become that engaging; to make me want to read it again, it automatically gets 5-stars. And truth be told? I'll probably read this novel a few more times.

Thank you, to the author, for giving me a glimpse into the intriguing lives of these wonderful characters.
-----------------------------------
Smooth Operator isn't a bestseller by any stretch of the imagination (See Great Expectations) but it is off to a good start. I only hope other readers feel as good about the book as Ms. Scott.

Have fun.
Gamal
Posted by Unknown at 8:24 PM