Who Is Gamal Hennessy? 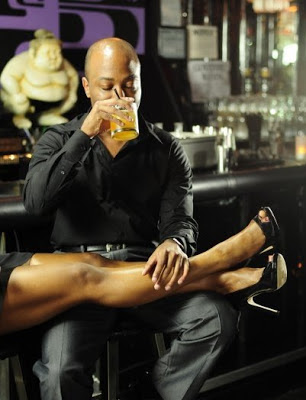 I'm getting ready to do a radio interview this week, which means I have to be ready for hard questions like "Who the hell are you?" In an effort to prepare for this probing inquiry, I decided to revise my author bio. Then I realized that not everyone will get to hear the radio show (I'll try to post a link to it next week) and you might be reading this and still not know who the hell I am, so I decided to share the bio with you...


Gamal Hennessy is an author, entertainment attorney and nightlife advocate in New York City. He began his professional career at a Japanese animation company before moving to the corporate offices Marvel Entertainment. After leaving Marvel, Gamal began writing about the culture of New York nightlife and published a book about it called Seize the Night in 2010. Now Gamal writes stories from the shadows, bringing his readers into a world of deception, seduction and violence.

Gamal describes his fiction writing as the Usual Suspects meets Jason Bourne with a little sex thrown in to spice things up. Many of his readers agree, calling his work “gritty, chilling and provocative”. Some see a dark ambiance reminiscent of the Harvey Keitel’s Bad Lieutenant and or the Burke series from Andrew Vachs. All of them say the writing is “well crafted, fast paced and immersive”. New readers can get free digital copies of his work to form their own opinions while he plans his first novel.

Now when all your friends ask "Who is Gamal Hennessy?" you'll be able to tell them.

If you'd like to read some of my work for free, please check out Afraid of the Dark, Spare Some Change and The Replacements on Smashwords